Steve Hart served as a Special Agent with the Drug Enforcement Administration (DEA) for over 25 years before retiring in September of 2021.   While with the DEA, Hart was a Supervisory Special Agent (SSA)/Group Supervisor (GS) in the Riverside District Office.   As an SSA/GS,  he supervised several high profile International cases as well as interdiction, wiretap, and gang investigations.  Prior to promoting, Hart was assigned to the Orange County Resident Office, Task Force Group, where he worked several high-level wiretap, interdiction, and informant driven operations.    These investigations often resulted in the indictment and extradition of high-ranking cartel members from Mexico.  Prior to joining DEA, Hart was a local police officer in Texas and Ohio.  Hart graduated from Syracuse University with a Bachelor of Arts degree in Public Affairs.   After retiring from DEA, Hart accepted a position in October 2021, as a Detective with the State of California, Department of Cannabis Control.  In that position Hart is responsible for investigating illegal Cannabis operations throughout California.    Steve Hart has served on the INIA Board of Directors since 2010 and was elected President of INIA in 2022.  Email – [email protected]

Benny retired from the Metro Nashville, TN Police Department after 28 years of service. He also was employed with the 21st Judicial Drug Task Force in TN and was assigned to the DEA Task Force in Nashville for 16 years.  Benny has received numerous awards for his work on historical drug cases including the Directors Award – Executive Office of The United States Attorney General and is a recipient of the INIA Lifetime Achievement Award. Benny is the former Training Director for INIA and is currently the Executive Director. Benny has been affiliated with INIA for over 20 years. Email: [email protected]

Mark Parker is a Past Pres­i­dent of INIA and 2001 INIA Offi­cer of Year win­ner. Mark has been an INIA Board of Directors member since 2005. He has been asso­ci­ated with INIA for over 20 years.  Mark has lec­tured on all phases of crim­i­nal inter­dic­tion inter­na­tion­ally and domes­ti­cally. Email — [email protected] 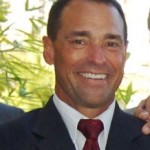 Steve Duncan is a retired Special Agent of California Department of Justice. He spent 20 years with CALDOJ, retiring in December 2016. Prior to CALDOJ, he was a Probation Officer for the San Diego County Probation Department for 12 years and was the first probation officer in San Diego history to formally work on a Drug Enforcement Organization Task Force. During his 32 years in law enforcement, his efforts focused on the investigation of the most violent criminals in the United States and Mexico. He is an expert on street gangs, prison gangs and Mexican Drug Trafficking Organizations.  Email – [email protected]

James Wright has over 27 year experience as a law enforcement officer. He is currently employed by the Pasadena Police Department (TEXAS). James Wright has been assigned to the Narcotics Division since January 2004 and in  2007, he created and initiated the Pasadena Police Departments Tech Ops group which he still maintains.  James is currently assigned as a TFO with the Houston DEA and currently runs the CTI program (Concealed Trap Initiative), which he created, for the Houston Field Division of the DEA. CTI has resulted in over $25 million in USC seized as well as over 3000 kilograms of cocaine seized by law enforcement.  Due to his expertise in this area of interdiction, James regularly teaches “Hidden Compartment” classes to thousands of law enforcement officers (State, Local, and Federal) throughout the Nation as well as Canada.  James Wright also instructs for DIAP/EPIC and has done so for the past 3 years. Email – [email protected]

John Ferguson began his career serving with the U.S. Army 10th Special Forces Group from 1983 until 1995.  During this time John served as Weapons Sergeant. Intelligence Sergeant, received training in demolitions and communications and is recognized as a Master Parachutist and Jumpmaster.  John also specialized in Sniper and Close Quarter Combat (CQB) operations and deployed to Northern Iraq during Desert Storm, the Former Yugoslavia and Sub-Saharan Africa.  John speaks Czech and Serbo-Croation.   In 1996, John began his law enforcement career and is currently with the Grosse Ille Police Department since 1998 and he is assigned to the DEA Detroit Field Division’s Airport Interdiction Group. In 2011, John became a K-9 Handler.  K-9 Jury is a single purpose narcotics detection canine.  John and Jury have conducted hundreds of narcotics sniffs for a multitude of agencies in the southeastern part of Michigan.  Email – [email protected]

Special Agent Tracy Schiebel has been employed with the Federal Aviation Administration (FAA), Office of National Security and Incident Response, for 25 years.  She started her career as Internal Investigator and is currently assigned to the Law Enforcement Assistance Program (LEAP).   Special Agent Schiebel supports the national drug interdiction effort through the FAA’s LEAP, whose mission is to deny access to the National Airspace System (NAS) to any person(s) who would threaten National Security by committing criminal acts.  One of LEAP’s core missions is conducting violations of aircraft registrations, and identifying aircraft and airmen violations. Agent Schiebel performs routine radar and airport surveillance, and investigates pilots and aircraft.    She provides assistance to law enforcement on aviation related investigations and focuses on the use of private aircraft being used by transnational criminal organizations (“TCO”) to smuggle drugs worldwide; including investigations that involve violations of Title 49, United States Code, Section 46306 as they pertain to aviation safety. As a subject matter expert in the field of aircraft Special Agent Schiebel is a FAA certified instructor and provides training to Federal, State and Local Law Enforcement agencies regarding Aviation Smuggling both domestically and internationally. Additionally Special Agent Schiebel is a board member for the International Narcotics Interdiction Association (INIA) and a Staff Coordinator at the DEA Special Operations Division (SOD).  She is also the co-chair for the South Florida Air working group, Registry Task Force, and numerous SOD Operations.   She is also a certified instructor for Operation Jetway and DEA International training. Email – [email protected]

Quincy Alleyne has over 15 years experience as a law enforcement officer. Quincy is currently employed with the Orange County Sheriff’s Office in Orlando, Florida. Quincy has been assigned to the Metropolitan Bureau of Investigation since 2012 and is a TFO with the United States Postal Inspection Service Orlando Domicile.  Since 2015, Quincy has been cross-sworn with Homeland Security Investigations (HSI).  During his current assignment, Quincy specializes in Airport and USPS mail interdictions.  Quincy has been part of several large-scale narcotics and money seizures stemming from Interdictions and Title III wiretap investigations.  Quincy, also, instructs Airport  and USPS Interdiction classes in Orange County, Florida. Email – [email protected]

Christian Tsoubanos is an Assistant General Counsel for the Broward Sheriff’s Office in Fort Lauderdale, Florida. He joined BSO in March 2015 after serving 8 years as an Assistant State Attorney for the 13th Judicial Circuit in Hillsborough County, Florida. As a lead trial attorney, Christian has tried over 100 jury trials to verdict including murder, home invasion robbery, drug trafficking, racketeering, and traffic homicide offenses. He also served as an adjunct professor at the Thomas. M. Cooley Law School, Tampa Bay campus. Currently, Christian provides the Sheriff’s Office legal services in the areas of confiscations, civil asset forfeiture, search/seizure warrants, and lead counsel for the Department of Detention. Email – [email protected]